Students from Mackeben Elementary School were taken on a one-of-a-kind tour through the natural world without having to leave the Square Barn Road Campus. They visited neighboring Heineman Middle School for the second year in a row to learn from 7th graders about natural occurrences that change the surface of the earth.

Heineman students were tasked in science classes with designing and creating their own “national parks” that highlighted natural phenomena such as volcanos and erosion. More than 320 Mackeben students rotated through interactive dioramas presented by some 300 of their middle school counterparts. 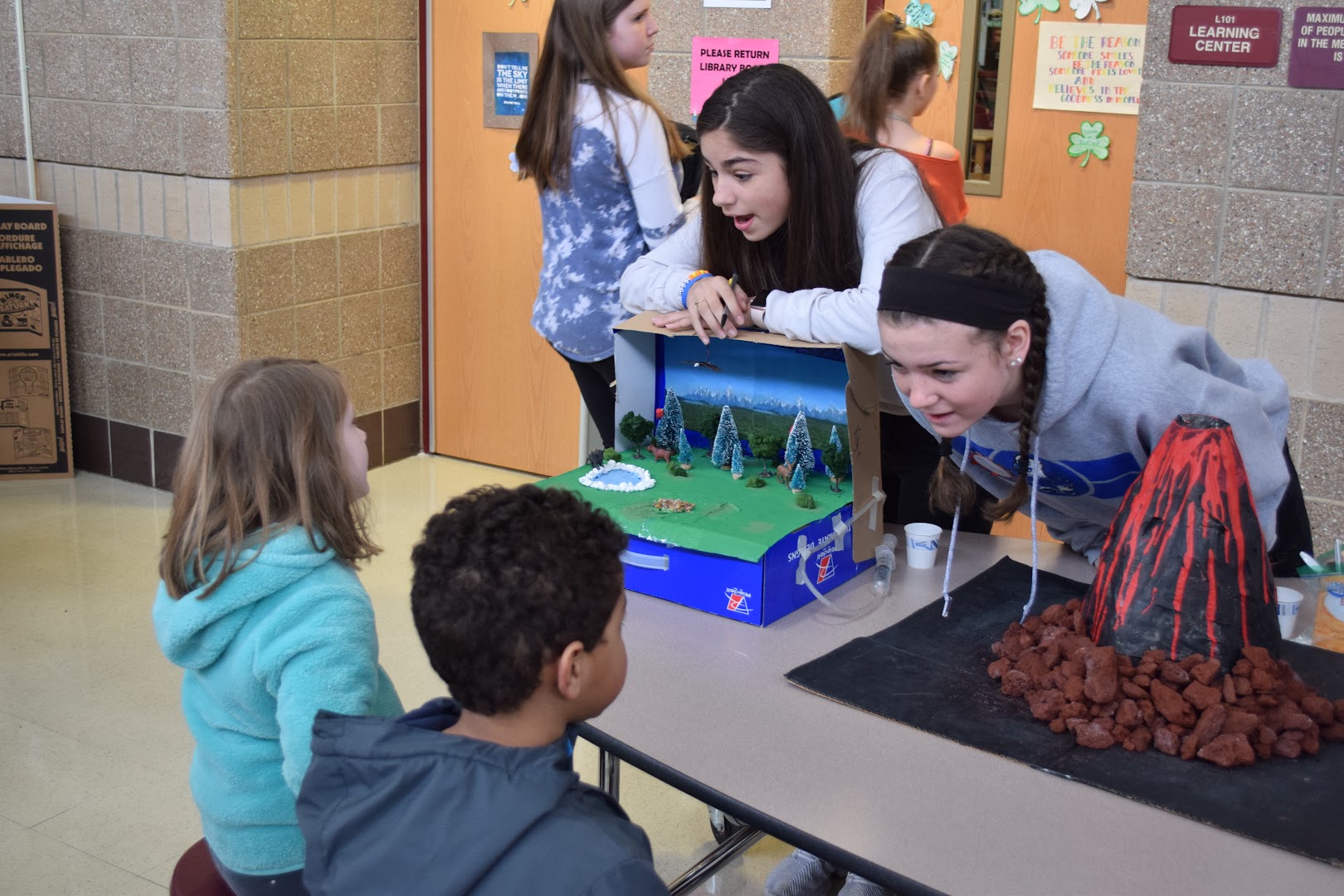 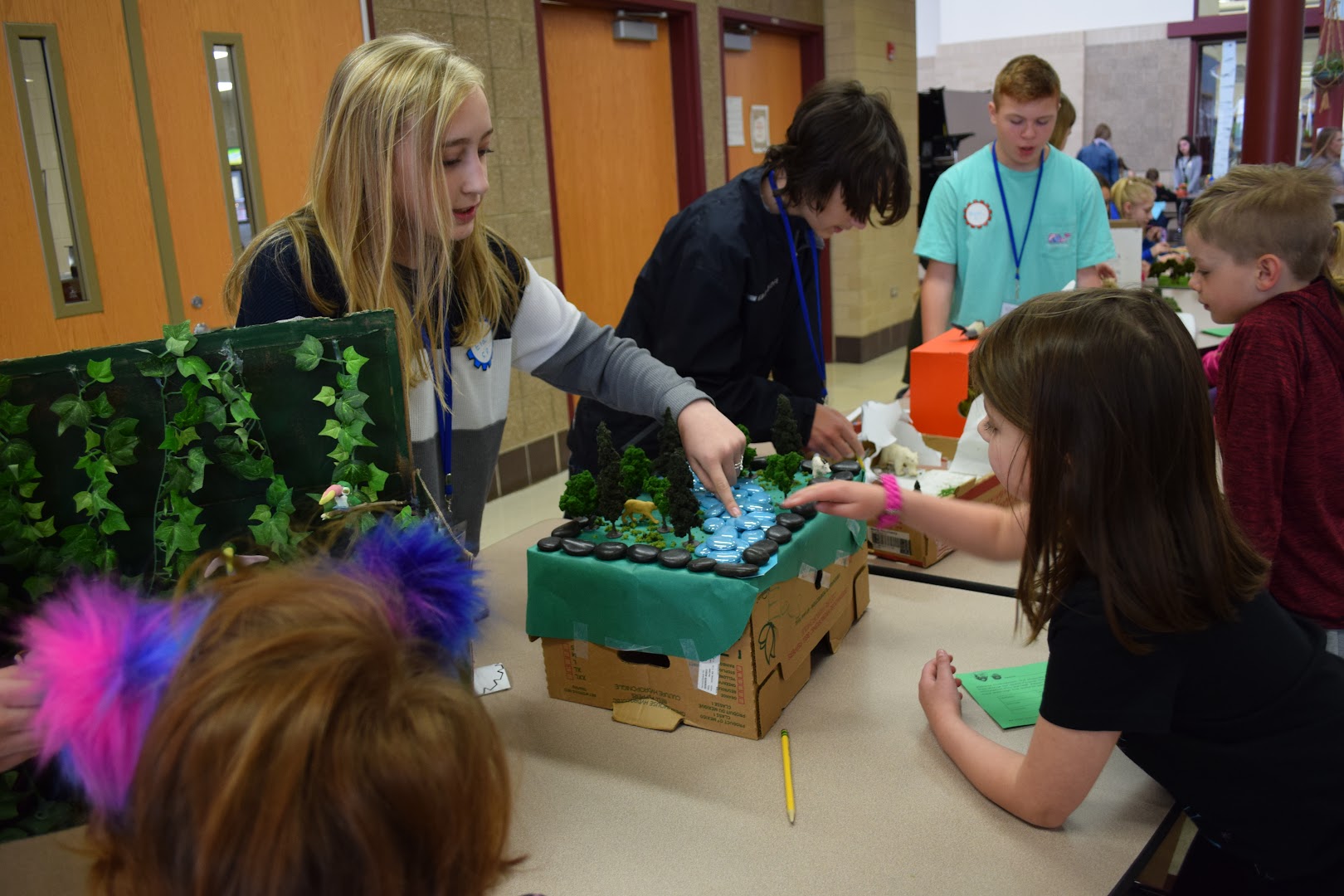 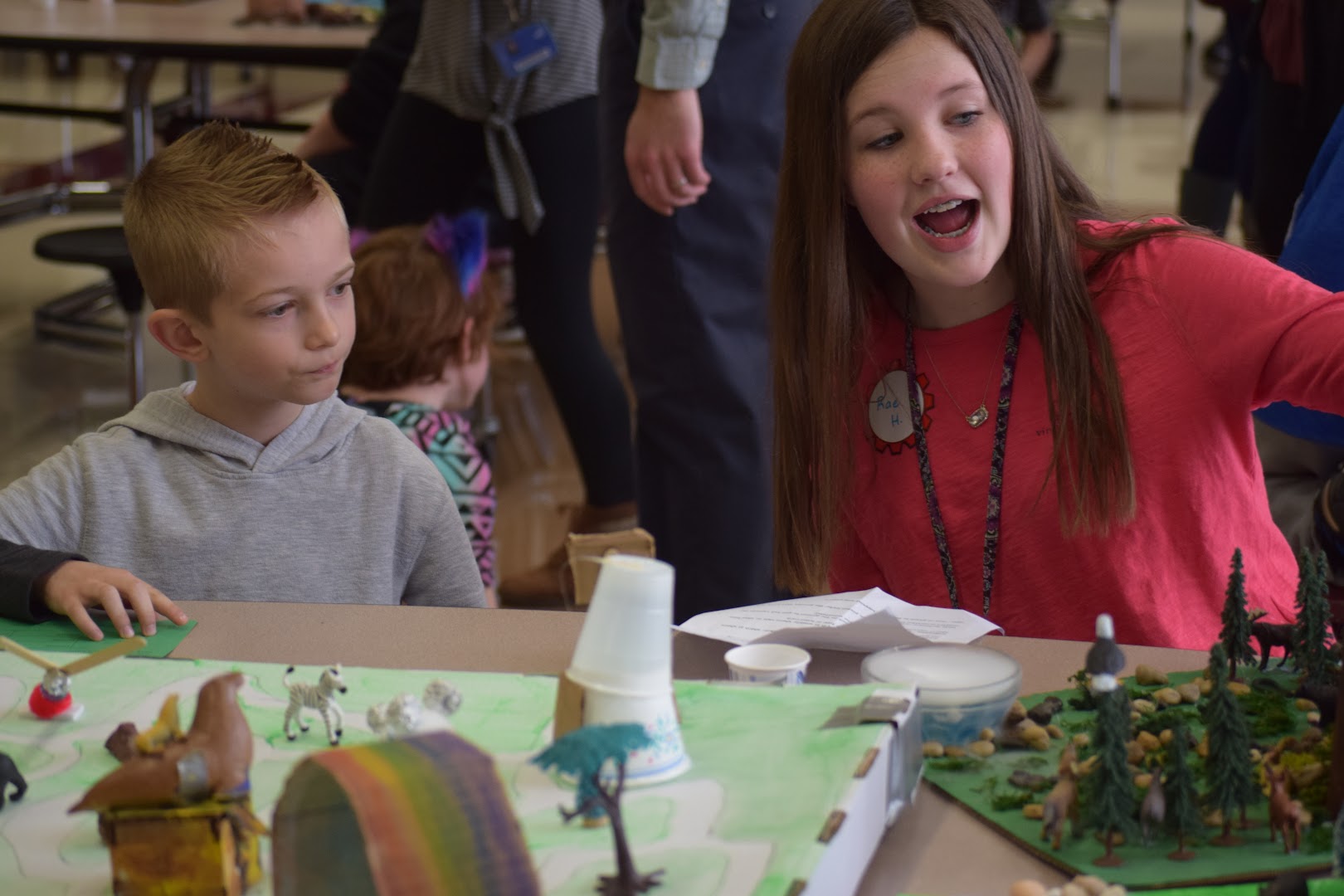 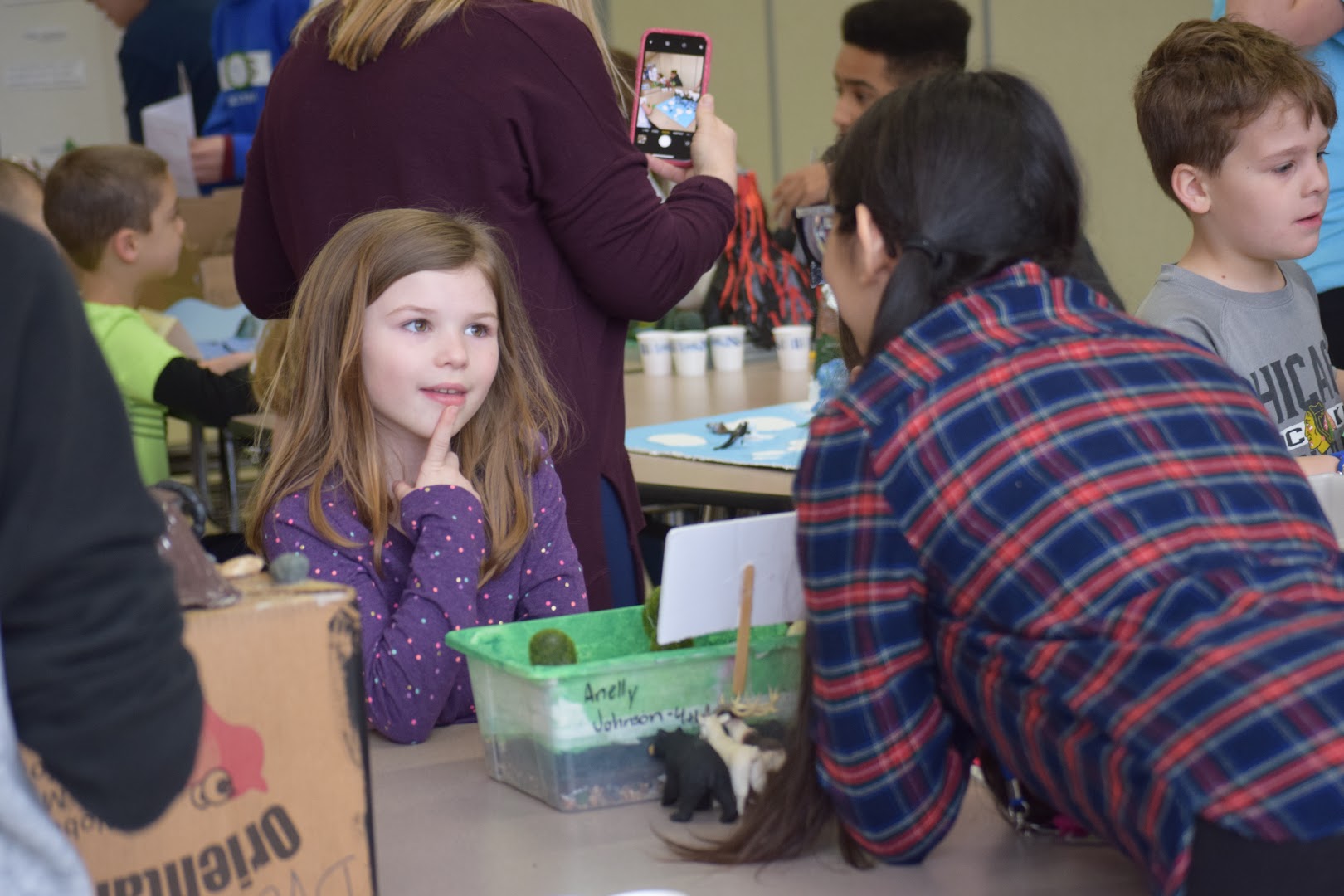 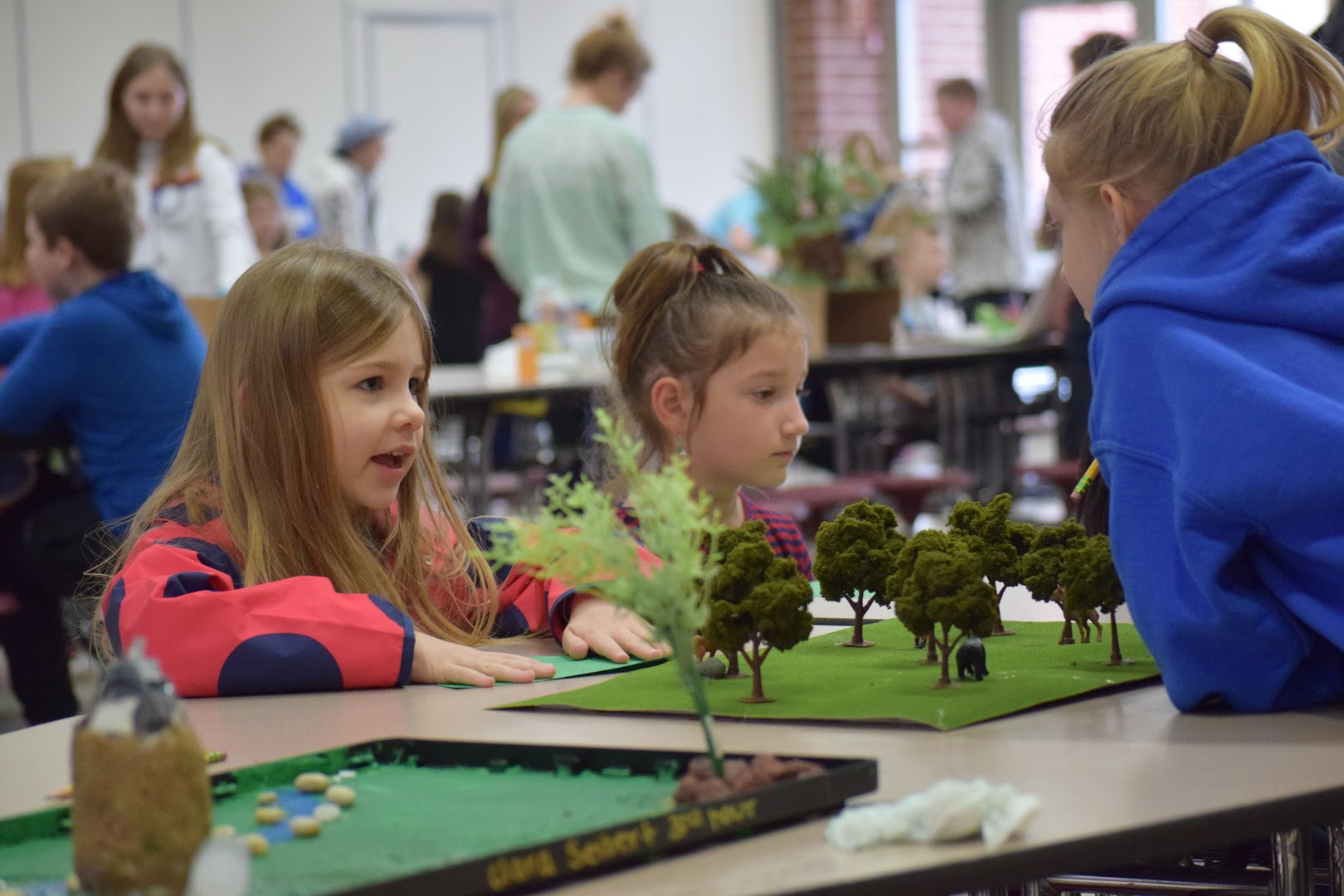 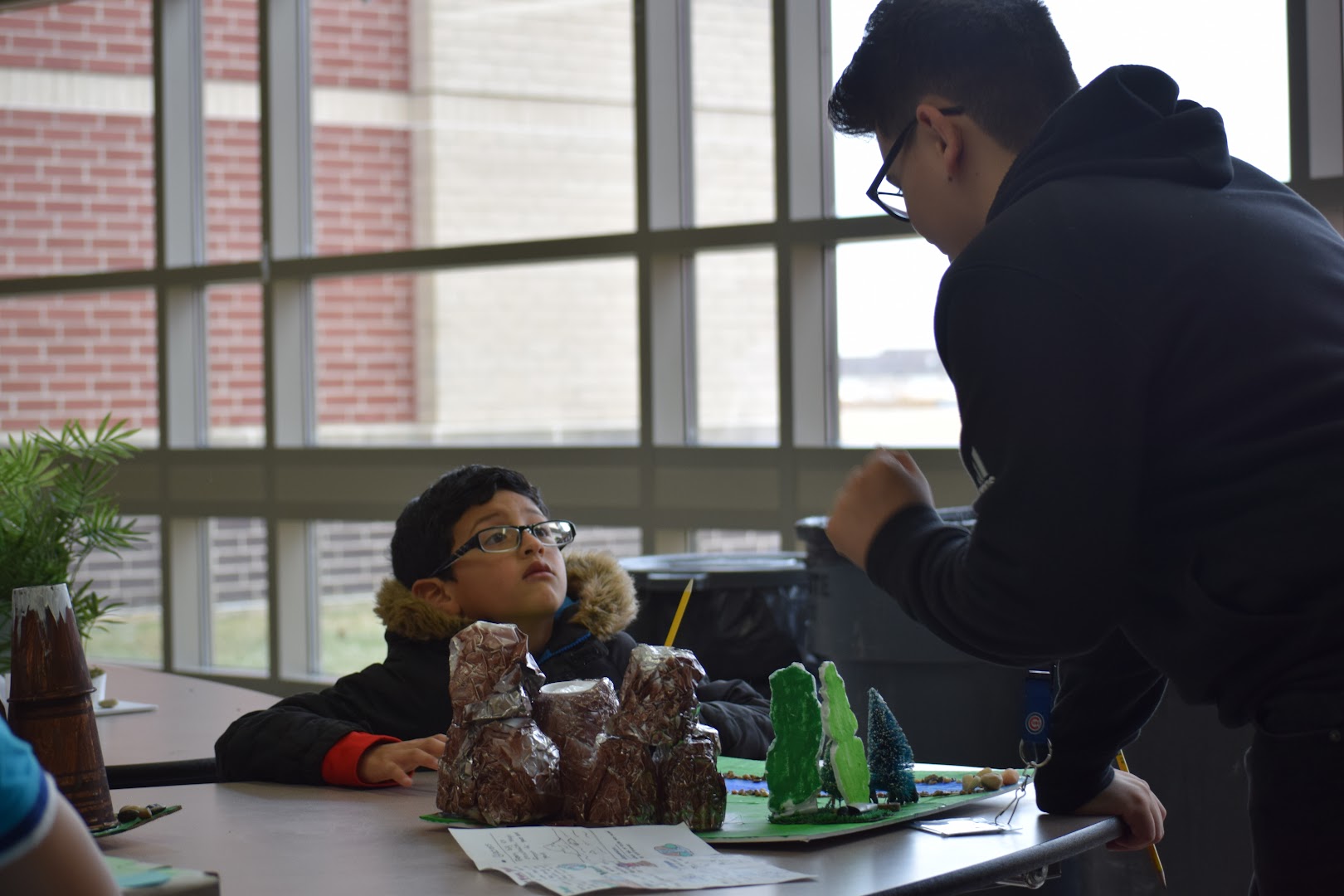 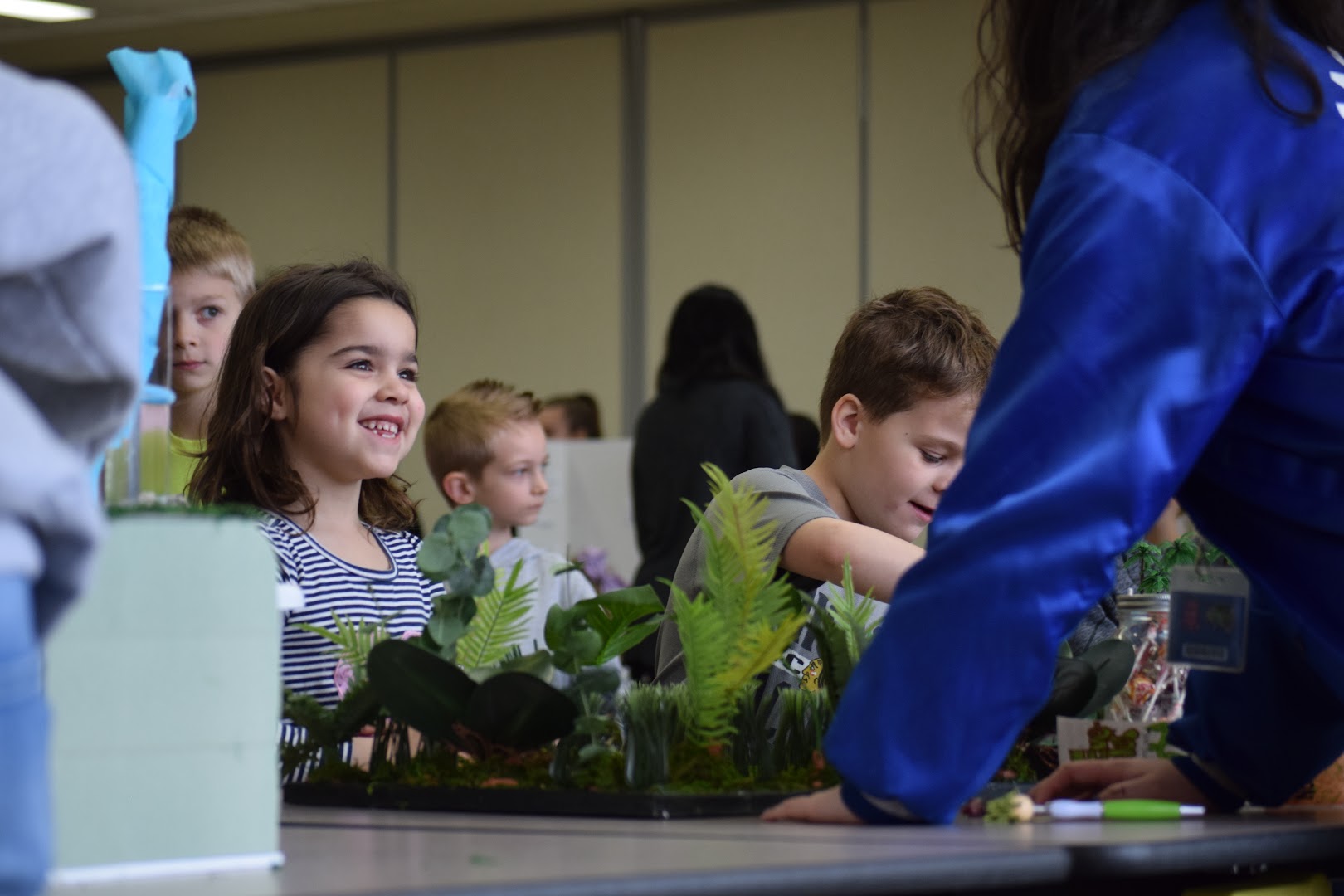 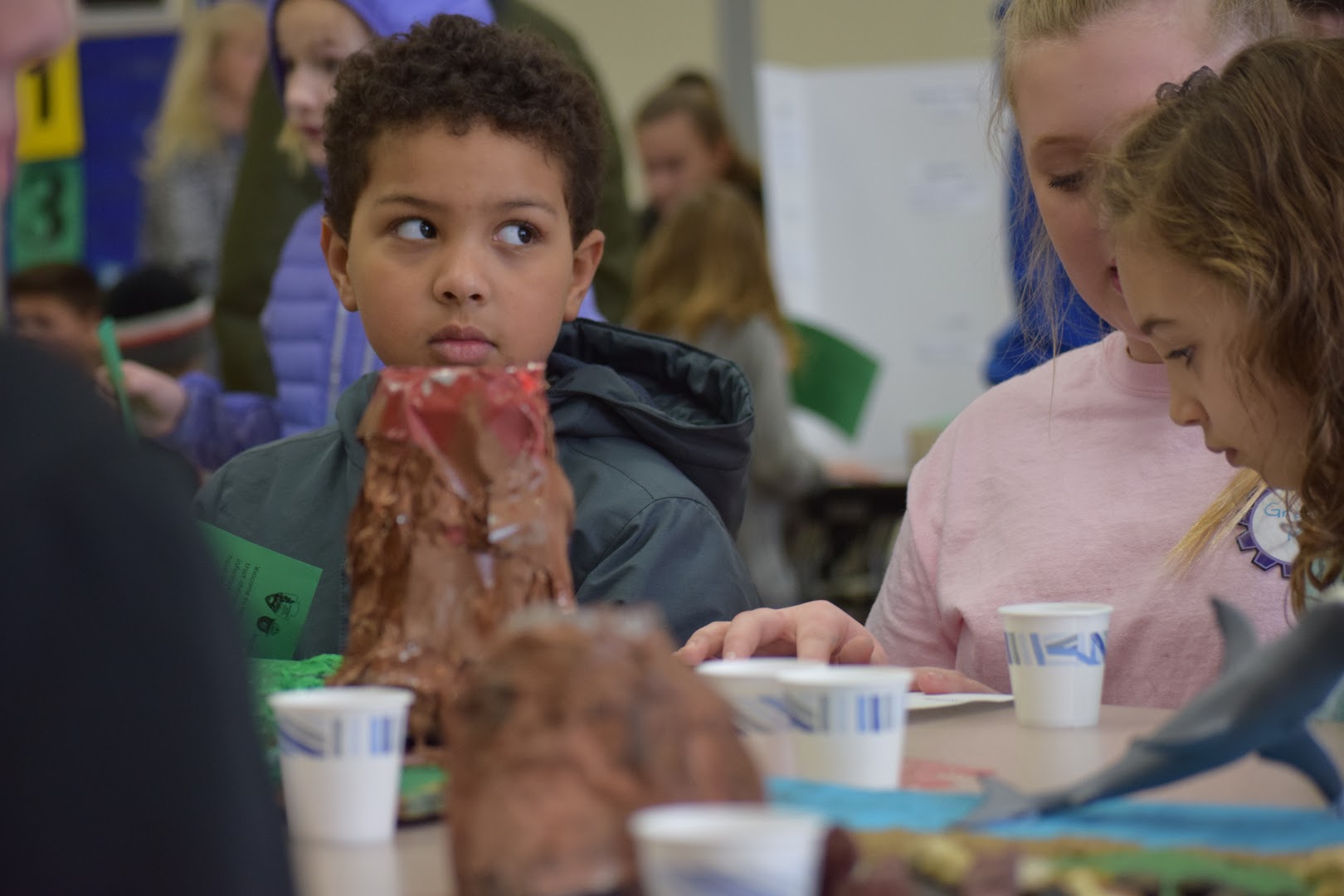 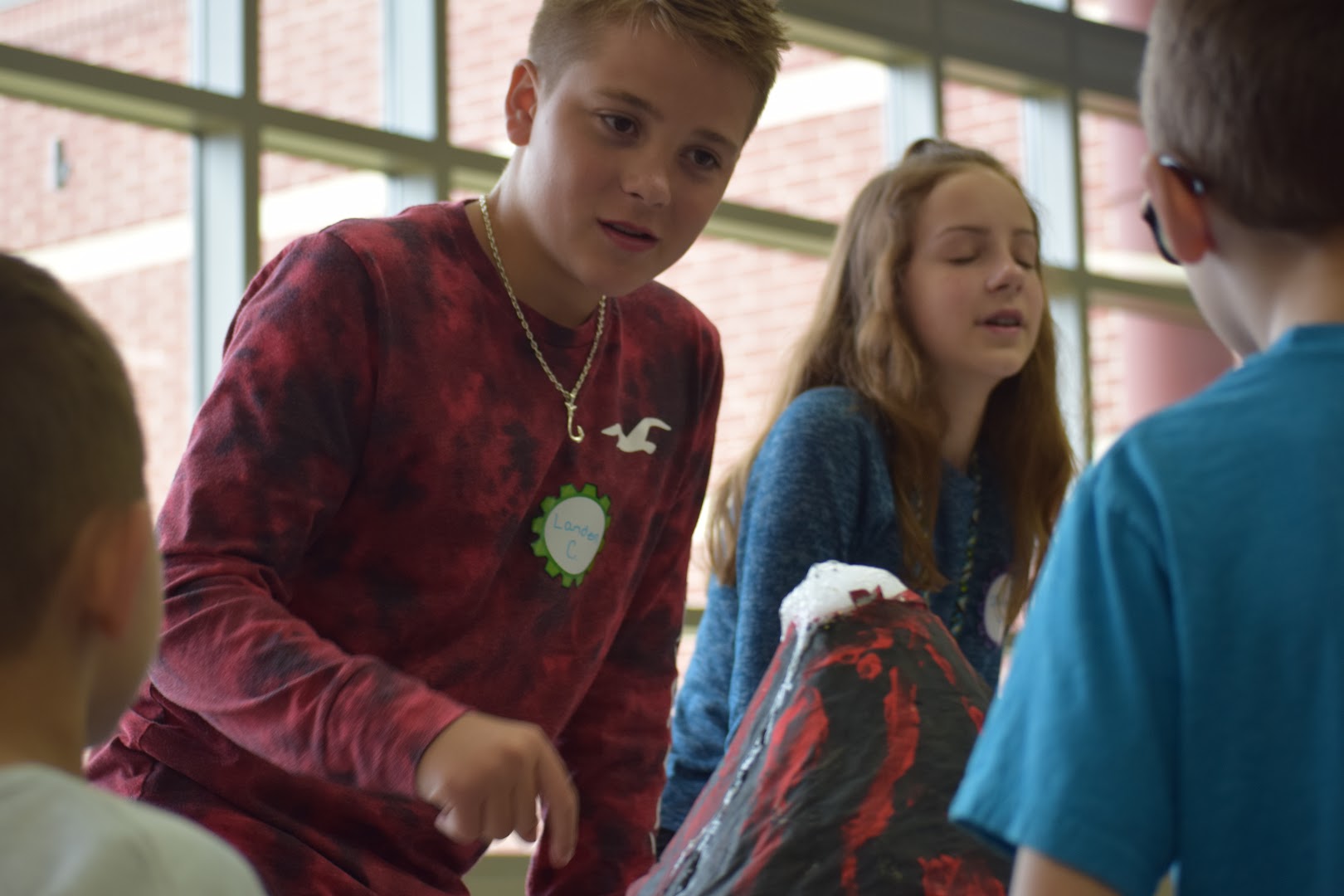 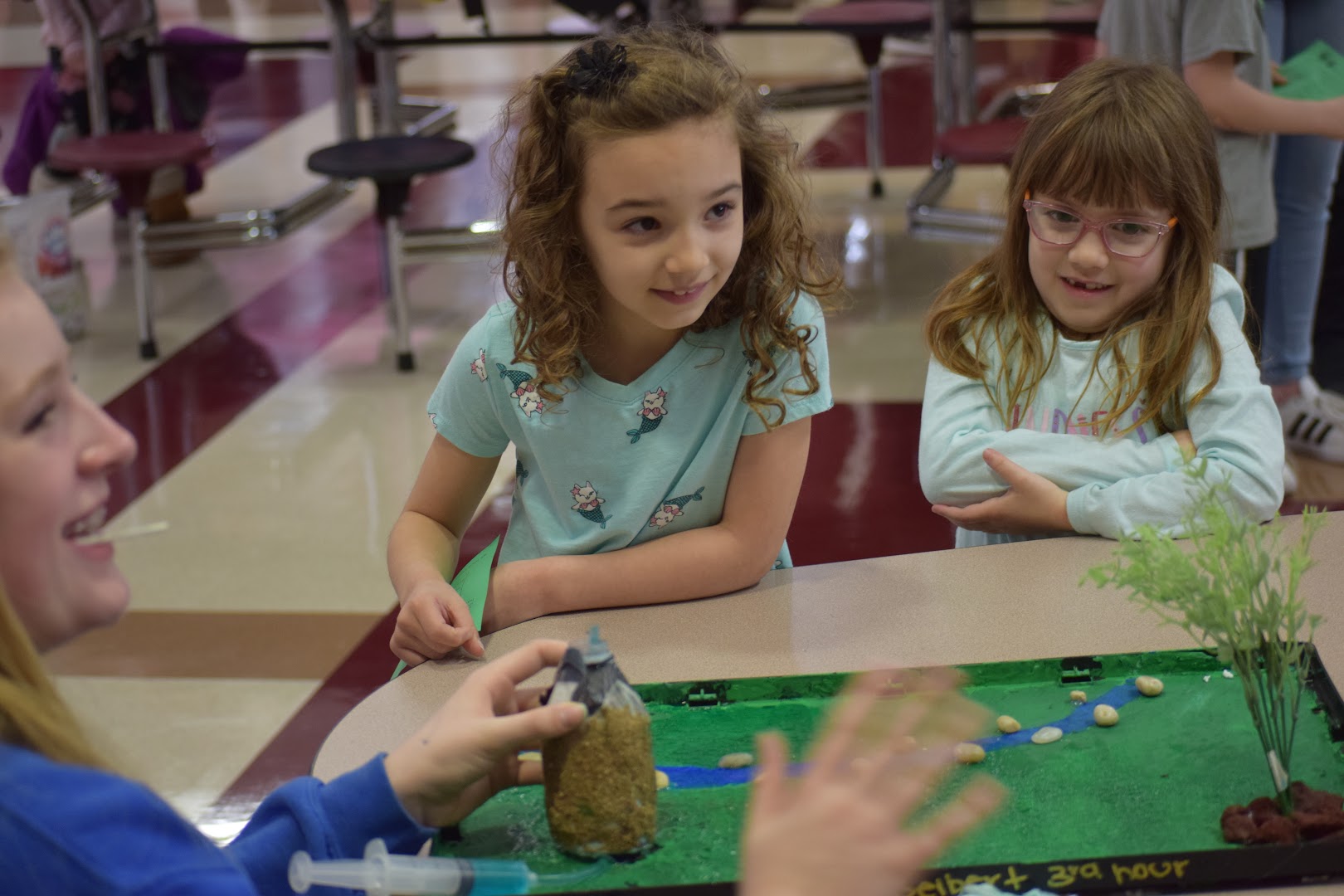 Mackeben students were given a “visitor guide” to guide them through the different projects.

Lanning teamed with Team 7-1 science teacher John Dvorak to create this opportunity for students to not only learn information, but also have a chance to teach others.

“Mackeben teachers were on board with the idea and were very supportive of this inventive lesson,” Lanning said.

Huntley 158 has moved to a new and updated website design at huntley158.org. Please visit this new site for all up to date information for Huntley Community School District 158.